We will try to keep you posted on area fishing as time permits, between making lures, guide trips and life!

Took a short vacation down to Orange Beach, but finally made it back and spent a few hours on Weiss Lake yesterday, Aug 11. Weiss is definitely blooming and the weather is hot. Launched in Leesburg about 9am and fished until 1pm. When I launched it was cloudy and the water temp was 83.1 degrees. The clouds eventually disappeared and the water warmed up to 86.3 by 1pm. I did take advantage of the overcast and caught a few bass on my Spro frog in and around the grass. As usual with frog fishing, also missed a few but it was a lot of fun! 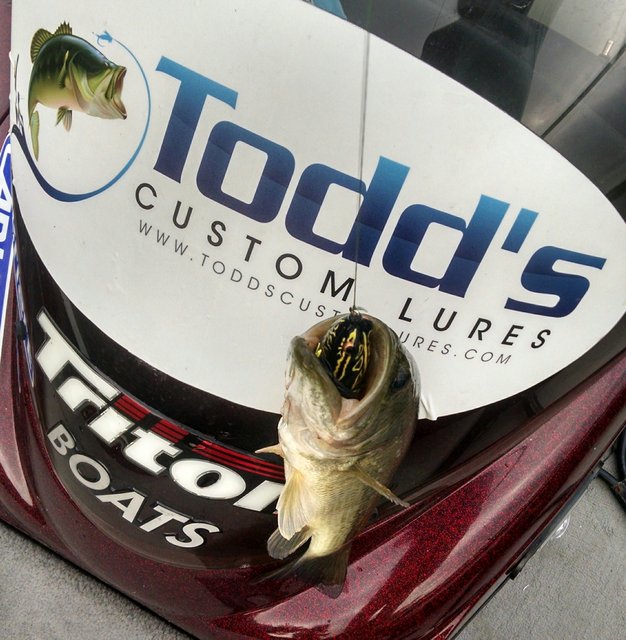 After the clouds disappeared, I decided to stay shallow. Ended up having the best luck on a Bass Nabber craw from Todd's Custom Lures in Black/Blue Flake with a pegged 1/4 oz tungsten weight around shaded seawalls and points. 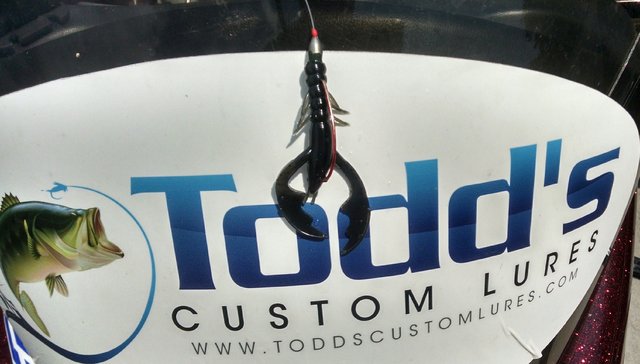 After flipping to a few dark spots that would kick up huge amounts of mud, I moved in closer and realized the huge carp are every where in the shallow grass right now. I saw more carp in these 4 hours of fishing than I have in quite a while. Should be good news for the bowfishing! Tried to get a picture of one that was solid black and big as a whale but nearly fell overboard from the wake it put off when I got too close!

Hope you have enjoyed this report and keep your lines tight out there! I have dates available so feel free to give me a call or email to set up a trip today!
www.weisslakealabamabassandcrappieguide.com
www.toddscustomlures.com